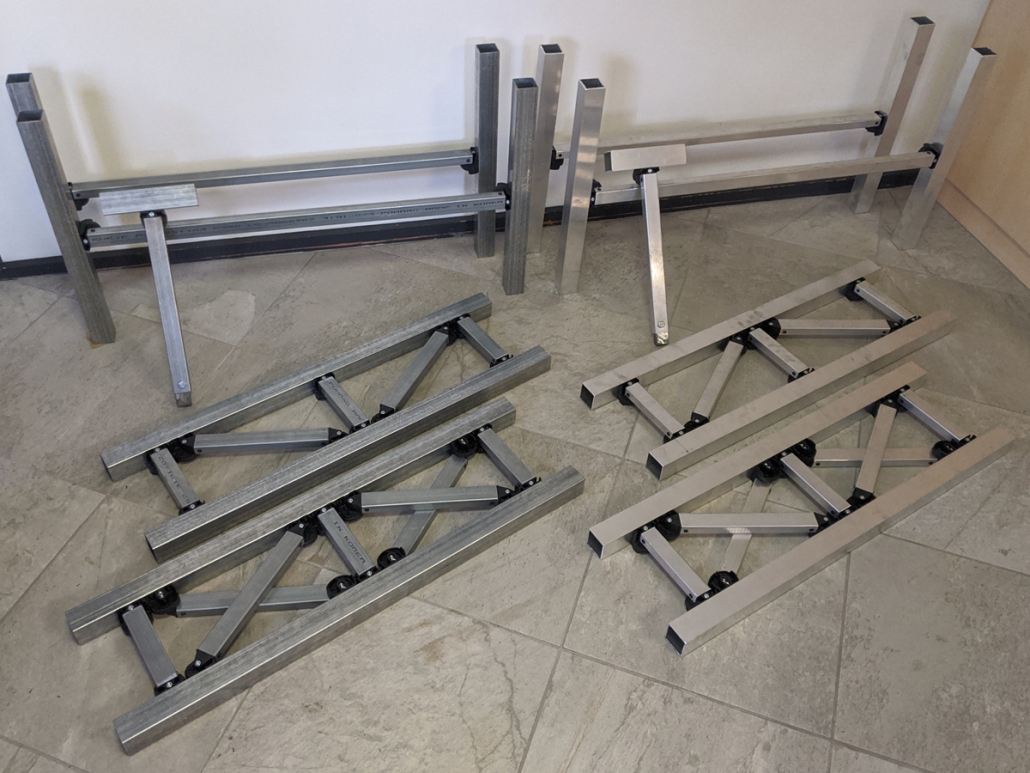 Kwiktech is put to the test and passes with flying colours.

Last week one of the world’s largest and most trusted Total Quality Assurance Providers, Intertek, completed Load, Pull and Compression Force Testing on 10 x Kwiktech Builds, specifically recommended for their “real world application”, with the hollow metal failing in 8 out of 10 cases and a Maximum Load Force recorded of 15.6 kN (1,590 kg).

All Kwiktech Builds were tested over a 1m span with 5 fabricated from galvanised steel and an identical 5 from aluminium, with steel outperforming aluminium across all Load and Compression Force tests. The only tests resulting in Kwiktech failing before the hollow metal were the 2 Pull (Tensile) Tests, with both tests exceeding 4.0 kN (408 kg) before failing. 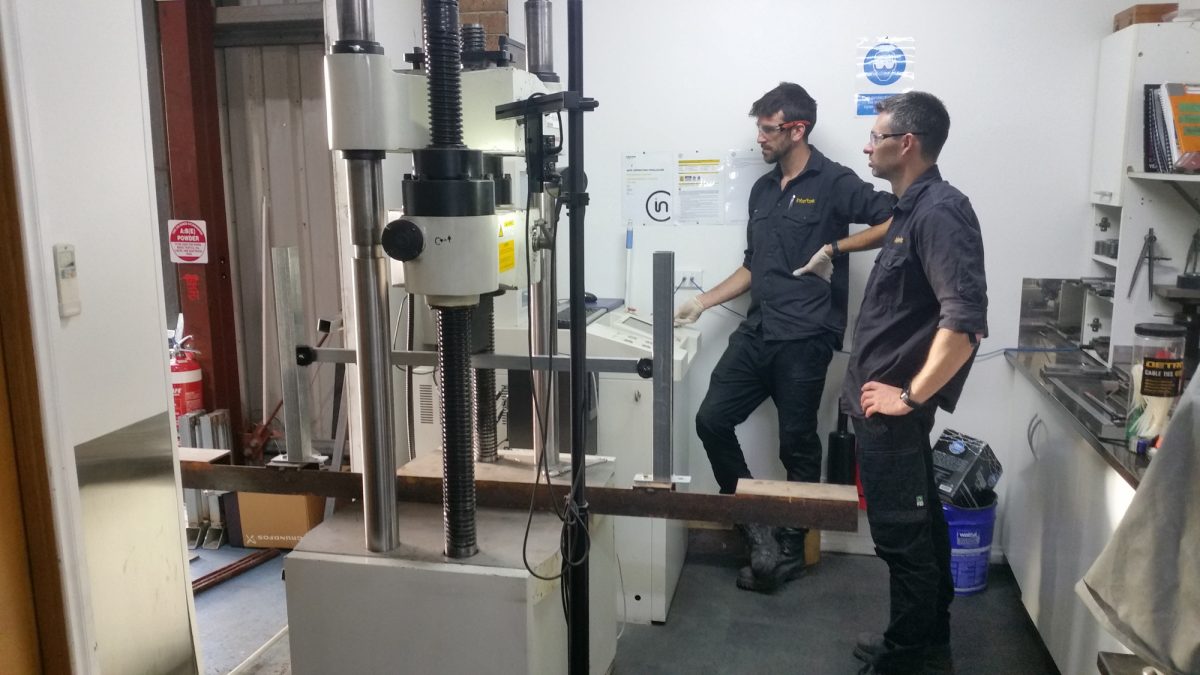 Load Force Tests were conducted on 4 x Kwiktech Builds (2 x Galvanised Steel and 2 x Aluminium) comprising of a single 1m length of 38×25 connected to 2 x 50×50 posts. Each metal was tested with the Universal Connector in both a horizontal and vertical position.

Compression Force Tests were conducted on 4 x Kwiktech Trusses (2 x Galvanised Steel and 2 x Aluminium) comprising of a 1m Flat Truss in both a single-braced and double-braced configuration.

All builds were connected using Kwiktech’s Universal and Rail Connectors. 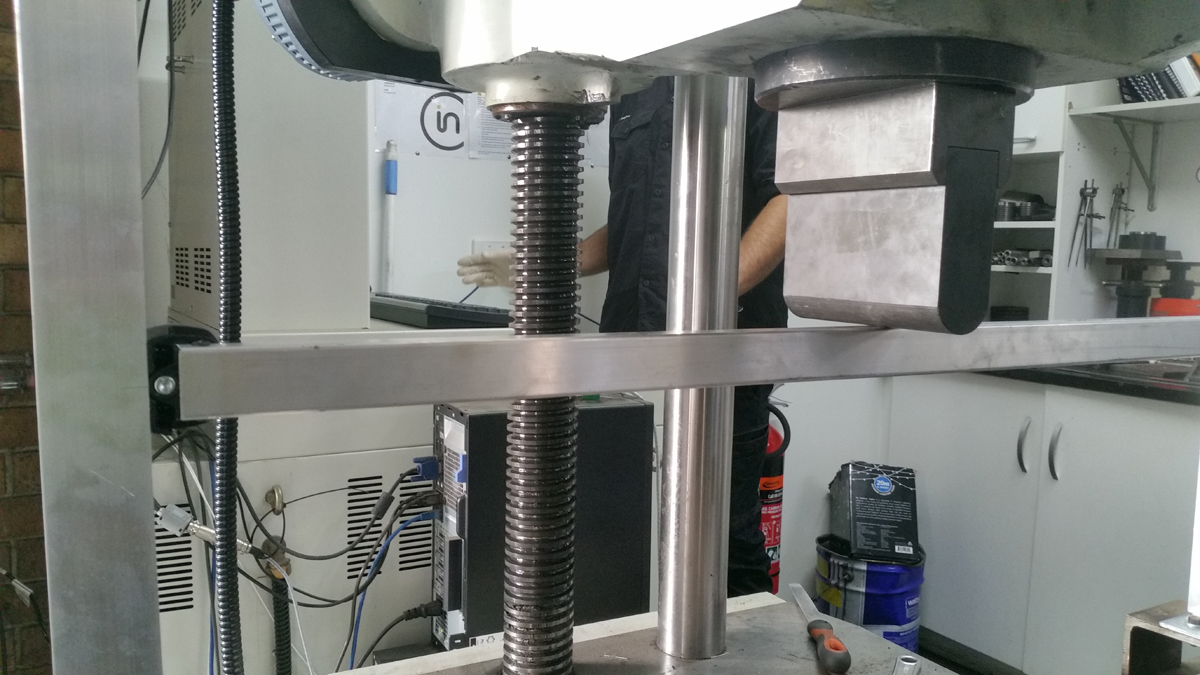 Load Force Tests were up first with the galvanised steel connected in a vertical position (Load Force applied to the 25mm side of the RHS) recording the best results with a minimal deflection of 3mm at 3.0 kN (306 kg) and the 38x25x1.2mm RHS failing at 3.3 kN (337 kg).

Kwiktech outperformed the hollow metal in all configurations, with the Galvanised Steel outperforming the Aluminium by an average of 38%.

The results of the 4 x Load Tests clearly prove that when used as specifically designed, to act as a Brace Connection for standard fencing materials, Kwiktech ensures your lightweight hollow metal framework is as strong as the hollow metal itself.

Kwiktech was specifically designed to act as a Brace Connection acting under Compression Force, so when we turned our attention to the Flat Trusses it was fair to say we were more than excited to see the results. And we were not disappointed.

In both the single-braced and double-braced configurations the hollow metal failed in all 4 tests, with the Aluminium buckling at 8.5 kN (867 kg) and the Galvanised Steel recording an impressive 15.6 kN (1,590 kg) before failing.

In all 8 Load and Compression Force Tests, where the hollow metal buckled, not one single Kwiktech Build suffered any sideways deflection.

When tested in a vertical position (Universal Connector on its side with the Load Force applied to the 25mm side of the RHS) the secured Locking Angle recorded no movement or slipping whatsoever.

The Official Intertek Report is due by the end of the week and we will make the official results, and the report itself, available as soon as possible.

Following discussions with the Intertek Team during the testing, we agreed the only way to test Kwiktech’s true limits is to increase the thickness of the hollow metal. Drastically.

Kwiktech was specifically designed to connect readily-available and cost-effective standard fencing materials (50×50 SHS and 38×25 RHS in both Galvanised Steel and Aluminium) with minimal fuss and no experience required, enabling DIY’ers to take on fabrication projects both around the home and in commercial ventures with only a tape measure and standard power tools. While sourcing and testing thicker, stronger hollow metal is a possibility, it is simply not practical for DIY’ers to take on projects with such materials. Kwiktech reduces costs and increases fabrication time for lightweight framework, and that is the way we want it to stay.

Make sure you connect with us on Facebook, YouTube and Linked In to stay up-to-date on all things Kwiktech and to read the official results and report as soon as it is at hand.

Join the conversation below and ask any questions you may have or simply leave a comment. We will make sure to answer all questions and respond to all comments and will happily consider conducting further tests should any practical ideas be suggested.

Kwiktech – The New Way to DIY

Fancy tackling a metal fabrication project but you don’t know how to weld?

Me too. I had grand plans of building a floating bar top for my newly created “DossBar” (aka my shed with a hole in the wall) but considering I didn’t own a single power tool it is fair to say I had no idea where to start.

Then one day, at a mate’s engagement party, I was shown a new product a friend of a friend was working on and it blew me away. Within 2 weeks I fabricated my very own galvanised steel floating bar top frame using his products. Within 16 months I was appointed as his General Manager. I truly love Kwiktech.

FYI here is the first floating bar frame I fabricated. Not bad for a first timer (he says so himself).

Obviously not a complicated framework, but perfectly square, without any calculations, clamping, complicated measurements, nothing. And all with only a standard impact driver.

Fast forward to today and we now have Video Tutorials, Easy DIY Fabrication Tables and DIY Kits that make DIY metal fabrication with Kwiktech even easier. And trust me when I say that if I, a life-long office boy who never held any interest in DIY, can fabricate hollow metal framework WITHOUT all of the new and informative aids, anyone can.

In fact DIY metal fabrication with Kwiktech is so easy to learn all you need to know is in our 4 minute Video Tutorial. 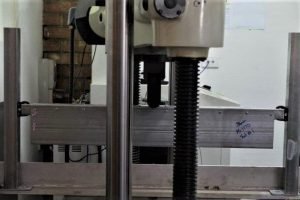 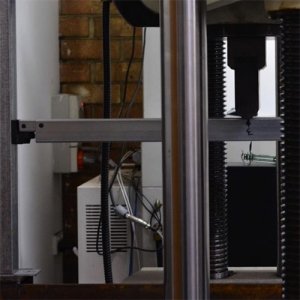 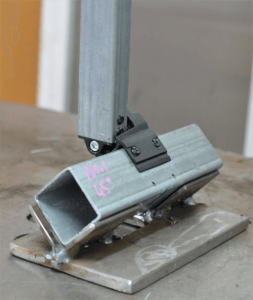 Kwiktech improves on the centuries old technique of Compression & Tension
Forces, as used in trusses for house construction, and catapults it into the
21st century thanks to state-of-the-art technology and cutting-edge manufacturing processes.